Complaining To Her Majesty 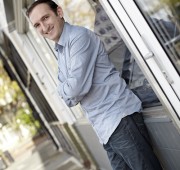 I am proud of our Complaints Procedure. It is an escalation from “Can we sit down and talk about this?” to “call in the Ombudsman you poltroon”. I am most proud that we have never had to implement it in all these years. Lavazza coffee and Italian biscuits solve most disputes. If an ACAS officer happens to read this, that is the answer right there.

There are exceptions. You may complain about loss of freehold on your property. The documents will refer to the new freeholder as “Her Majesty”. Her full title is “Queen Elizabeth the Second, by the Grace of God Queen of this Realm and of Her other Realms and Territories, Head of the Commonwealth, Defender of the Faith.”

As negotiations go, this is not good. You are the leaseholder. The freeholder is The Queen of Everything. She owns your freehold through Crown Estates. Crown Estates will negotiate. With a big smile because they hold all the cards. And your freehold.

How can this happen?

Her Majesty has a fair amount of land and is not averse to having more. The leaseholders were now dealing with Crown Estates. Who are impervious to Italian coffee and biscuits. After two years of negotiation I am happy to say, we have a resolution. We now own the freehold.

But after expending a five figure sum and accumulating a three inch thick file of correspondence, do the leaseholders have cause for complaint since the freehold they owned was snatched away?

No. Having neglected company law, Companies House acted and struck off the company, as they are bound to do. The same is true of the Treasury and Crown Estates, both of whom adhered to the law. Leaseholders might write to Her Majesty but I wouldn’t be watching the letterbox for a reply.

There are no grounds for complaint. But an important lesson to be learned and it is this. If you sign a lease you are entering into a binding contract which the law assumes you fully understand. You may not read the T&Cs when you download an app but an app is unlikely to cost you tens of thousands of pounds if you get it wrong.

If you do not fully understand the contract or freehold law, talk to someone who does. The expression “an Englishman’s home is his castle” is attributed to the 17th century politician Sir Edward Coke. Wise words, so long as you retain ownership of the land upon which your castle is built.

The Ghost of Medieval Law

Dastardly Deeds Done In The Dark